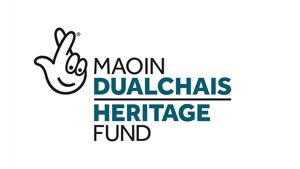 With support from the National Lottery Heritage Fund, Cairde Turas explored Irish-speakers from east Belfast who enlisted to fight in World War 1.  Based on historical sources, this project researched their lives before, during and in some cases after the war.  This exploratory study identified 74 soldiers.  There are likely to be many more.

These soldiers were from inner east Belfast, from the DEDs of Pottinger, Victoria and part of Ormeau.  They were drawn from the working class communities that settled in the area after the arrival of industry.   They and their families relied for work on the local shipyards and factories.

They included family groups, workmates, and Catholic and Protestant neighbours who fought alongside each other.  They were drawn from all sides of the community including members of East Belfast UVF and some who had signed the Ulster Covenant.

Three years before the war, in the Census of 1911, all had said they were Irish speakers.